Dan Chaon‘s book Ill Will is a beautifully written, dark, at times almost lyric portrayal of a man’s struggle to discern what is real and to confront his past. He is a therapist who grew up with a disturbed, abusive older adoptive brother, and whose parents were brutally murdered when he was a teenager. 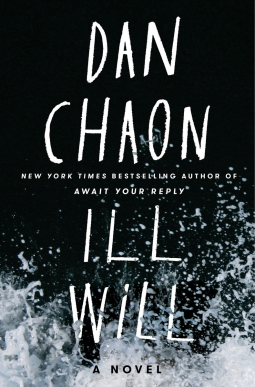 Chaon’s novel follows two plot lines, the disintegration of the therapist’s own family after his wife dies, and the bizarre investigation by the therapist and one of his patients of a series of deaths. Told from multiple points of view and shifting frequently between past and present, the narrative is complex and engaging. It moves toward its conclusion driven by the inescapable, inexorable power of the past to control the present. The characters’ journeys are downward spirals right from the beginning.

Chaon offers a dark, almost despairing view of human nature. This book is not for the faint of heart.